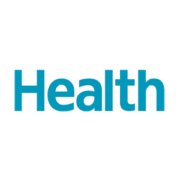 If you’re trying to make a baby, you’ll need to have sex, obviously. But are some positions better than others? Many ob-gyns are skeptical, and there’s scant science proving that one position will lead to more pregnancy success. When it comes to conceiving, the most important factors include the age and health of parents-to-be, say fertility experts, not to mention getting it on at the most optimal time in your cycle.

That said, the ob-gyns we spoke to did say that certain positions can make it more likely for sperm to reach an egg and conception to commence. If you’re hoping for a bun in the oven, these are the six positions they advise you to add to your bedroom repertoire—and why they might increase your chances.

Of all the possible sexual positions, missionary “gives you the best odds of success,” Scott Roseff, MD, a reproductive endocrinologist at IVFMD in Boca Raton, tells Health.

What’s the reason? Dr. Roseff says that this position has the greatest likelihood of aligning a woman’s cervix with the upper end of her vagina, where semen pools after ejaculation. Having the cervical opening so close to sperm “boosts the odds of getting more sperm to the right place at the right time,” he explains.

To get that alignment, lie on your back with a pillow under your hips, so your pelvis is elevated. After your partner has an orgasm, he shouldn’t withdraw for at least a few minutes. “After ejaculation has occurred, the woman should stay on her back for about 20 minutes before getting up,” as this can increase the chances of conception, adds Dr. Roseff.

Lots of couples love this sex style because it allows the male partner to go deep. And any position that offers more depth will increase your chances of having a baby, Jennifer Landa, MD, an ob-gyn at BodyLogicMD in Orlando, tells Health.

“Doggie style may be a great position for trying to get pregnant because you have excellent depth of penetration, putting the head of the penis right at the cervical opening—which means that sperm are released in an optimal position for travel through the cervix,” says Dr. Landa.

It sounds almost too simple, but when it comes to getting pregnant, gravity can play a role. That’s why Dr. Landa suggests this adventurous spin on missionary—with you lying back and placing your legs over your partner’s shoulders. “The man’s penis is drawn to the woman’s vagina by gravity,” she says, and after ejaculation, it makes it that much easier for sperm to swim up to and past the cervix.

This female-favorite spin on woman on top, which has you facing your partner’s feet, puts you in control of the bumping and grinding. And when you’re in control of the action, you can also make sure you’re in the optimal position for sperm to get past the cervix. “In the woman on top position, [you] can control the depth of penetration to make sure the cervix is right up against the penis during ejaculation,” explains Dr. Landa, putting your partner’s swimmers closer to where they need to go. Not to mention, it can make for a pretty wild ride too.

If you have the stamina to try the wheelbarrow, which involves getting down on all fours as your partner holds your legs up and enters you from behind, go for it. “This is definitely an athletic position that, similar to doggy style, will give you excellent depth of penetration and access of semen to the cervix,” says Dr. Landa.

This position, which has both partners facing each other and scissoring their legs to facilitate penetration, “seems very romantic for the very big step in a couple’s life when they decide to have a baby,” says Dr. Landa. That makes it a great way to connect and feel emotionally intimate. “You can get good depth of penetration with this position, and also a boost of romantic happy hormones like oxytocin that certainly couldn’t hurt,” she says.

This Is What It’s Like To Experience Secondary Infertility

How to Find a Good Fertility Clinic