You are here: Home / About Us / Providers / Juergen Eisermann, MD 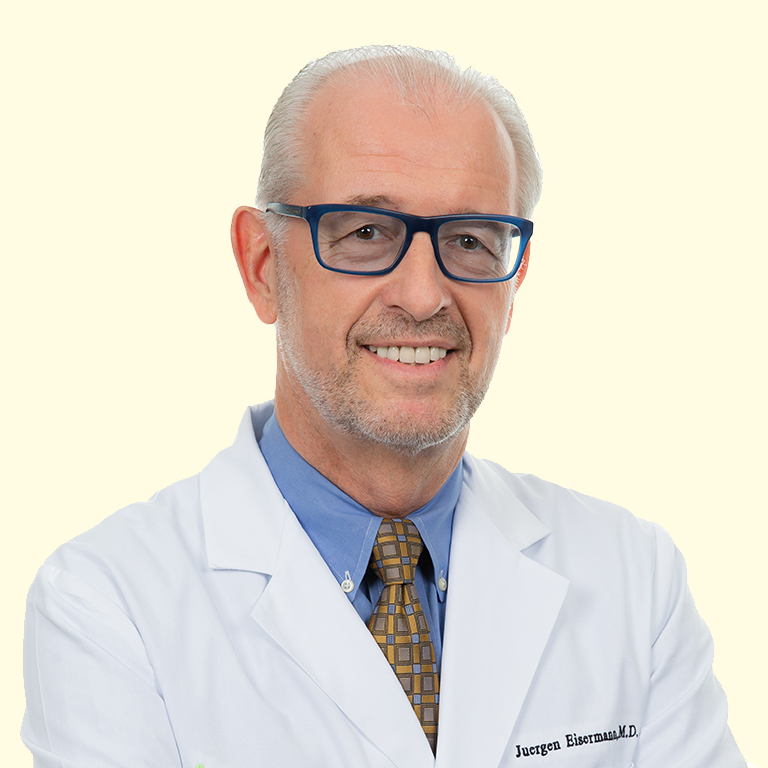 Juergen Eisermann, MD, FACOG,  is the Medical Director and Founder of IVFMD, one of the largest and consistently premier fertility centers in Florida.

He received his Medical Degree from the Ludwig Maximilian University in Munich, Germany, where he also published his Doctoral Thesis on the use of immunoglobulins in the postoperative management of Colorectal Surgery. Following his residency in Obstetrics and Gynecology at Washington University in St. Louis, he completed a 2-year fellowship in Reproductive Endocrinology and Infertility at the same institution, which determined the course of his professional future.

In 1988, he entered private practice in Miami and became the Co-Chair of the only Reproductive Surgery Fellowship Program in South Florida. He also founded the first private practice IVF program in Dade County in 1990 and holds voluntary academic teaching appointments both at the University of Miami and Florida International University Departments of Obstetrics and Gynecology. He pioneered successful Hysteroscopic Gamete lntrafallopian Transfer (GIFT) as well as Laparoscopic Minimally Invasive Tubal Reversals in the early 1990’s.

Dr. Eisermann is the proud father of three daughters and loves traveling, playing piano and long distance running. He is an Ambassador for the charity ”Dolphin Aid” and enjoys tutoring medical students in their quest for a perfect career choice.

“ The harder you try, the luckier you get. ”

Find and Give Patient Reviews

A few helpful websites patients are using to search for fertility specialists are listed here. Those potential patients and IVFMD would appreciate your feedback and ratings at any of these websites.

Your review can be short and sweet, and will CERTAINLY help others!