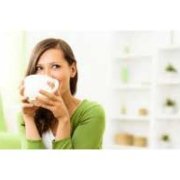 Should you pass on your dark roasted cup of coffee? Switch your “joe” for The Queen of England’s favorite beverage?

When filling out any lifestyle questionnaire, chances are that somewhere in the dietary intake section this question arises: how many cups of coffee do you drink a day? Inevitably, you wonder if answering three cups will be seen as too much, so you decide it’s better to just answer with 2-3 cups per day. Right?

There is no “right or wrong” answer to the question because one of the main components of coffee, caffeine, has been shown not to be the “health hazard” that we once thought it was. Indeed, plenty of rigorous studies have shown that coffee intake can benefit diabetes type 2, improve circulation, increase fat expenditure and may even prevent endometrial cancer.

Certainly, if coffee has passed the test for improving some health conditions, it may also positively affect your family dreams. We know that carrying excess body fat impairs some fertility-related hormones, for instance, or that type 2 diabetes increases circulatory inflammatory compounds, and coffee helps with both of these. A cup of Joe may be a daily “must-have,” and just one more reason to order a Venti cup at Starbucks.

While daily coffee intake may be helpful – added flavors, cream, syrups, etc. are not a good idea. Just keep it simple. Coffee can amp up your antioxidant intake as well, thus battling oxidation that speeds up the aging process. Coffee is certainly popular in the American diet. The National Coffee Association and The Specialty Coffee Association of America report that over 50% of the population, age 18 plus, drink coffee regularly and that the average daily consumption is 3.1 cup of coffee a day. So, if you’re looking to change diapers anytime soon, hold onto your cuppa Joe for now. This holds true for both women and men.

Slow down the biological clock

You may be wondering about all the talk about free radicals and antioxidants. All human cells have mitochondria – the energy-releasing powerhouses. While this energy keeps our body up and running, certain not-so-healthy lifestyle habits increase the toxic byproducts of this energy supply, increasing the number of free radicals in the body. Eating too much sugar and saturated fat, eating too few fruits, veggies and omega-3 fatty acid-rich foods (such as salmon and walnuts), exercising too much or too little, all add to the body’s oxidative stress. Even poor sleep habits increase the number of free radicals, all of which lead to cell malfunction which speeds aging and increases the risks of chronic illness.

Antioxidants come to the rescue by preventing free-radical damage. Some foods are richer in antioxidants than others, so you need to pay attention. There are some good sources – peaches – and some great ones – plums. “The strength of an anti-oxidant molecule can be measured by its ability to neutralize free radicals”, says Barry Sears, PhD. author of The Mediterranean Zone book and the number one New York Times Bestselling author of The Zone.

The potency of the antioxidant capacity of foods depends on its polyphenol content – a chemical found in plants. And this is where coffee gets its health benefits. Studies show that the compound chlorogenic acid found coffee is the source of the powerful antioxidants that decreases oxidative stress by: a) keeping glucose metabolism under control; b) improving insulin sensitivity; and c) increasing fat expenditure.

But at the same time that coffee aids in metabolic processes that arise with infertility issues, if the short-term goal is parenthood, you can up your antioxidant quota in other areas. For example, the spice shelf is a good place to look. According to Sears, spices are the richest source of polyphenols, particularly, oregano, turmeric, thyme, rosemary, sage, cinnamon and basil.

Should you switch coffee for tea?

Women’s call: A study published in British Journal of Pharmacology shows that caffeine reduces muscle activity in the fallopian tubes that carry eggs from a woman’s ovaries to her womb. “This provides an intriguing explanation as to why women with high caffeine consumption often take longer to conceive than women who do not consume caffeine,” says Sean Ward, professor of physiology and cell biology at the University of Nevada School Of Medicine, who conducted the study.

Men’s call: According to a study published in Toxicology journal, caffeine alters the sertoli cell’s metabolism. The main function of this cell is to nourish the sperm cells’ antioxidant capacity, which is critical for healthy sperm.

Tea may be the winner: But not all sources of caffeine and/or daily intake are equal. Indeed, some studies show that fewer than 3 cups of coffee a day does not affect fertility. However, when caffeine comes from sodas, the outcome may vary.

In a study published in Epidemiology journal from Boston University School of Public Health, shows that 3 cups of coffee – around 300 mg of caffeine a day – seems safe. Nevertheless, caffeine from soda was associated with reduced fertility – from 1 to 3 plus servings a day compared to none, while tea was the winner with slightly increased fertility when having 2 servings plus a day versus none.

Tea’s antioxidant properties do not just come from its caffeine, but also a much stronger polyphenol: ECGC, which has some of the highest antioxidant capacities. So, instead of hitting Starbucks next time, you may want to brew a cup of tea instead and help yourself to two of the best antioxidants available to aid your fertility outcome: a little bit of caffeine and some ECGC.