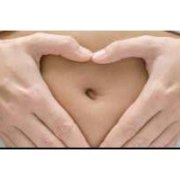 So, before opening your wallet to buy probiotics supplements, ask your Lifestyle specialist which one is the best to help you lose weight and improve your fertility outcome.