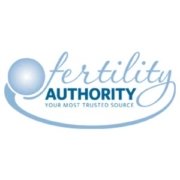 When trying to conceive or undergoing fertility treatment, couples are typically told to stay away from vaginal lubricants because they can affect sperm motility (movement). This past week, however, a UNC-Chapel Hill study came out that found no difference in the conception success rates of those who used over-the-counter lubricants and those who didn’t.

But don’t rush out to buy the K-Y® jelly just yet (not even if you’re in the middle of “50 Shades of Grey”). This is just one study, and fertility doctors say that shouldn’t change couples’ behavior.

In the UNC study, the scientists looked at information collected between 2008 and 2010 through the university’s ‘Time to Conceive’ study, which looked at factors affecting fertility in women aged 30 to 44. The women, who had no history of infertility, kept a record of each time they had intercourse and if they used lubricant. Of the 296 participants, 25 percent used vaginal lubricants while attempting to conceive, and based on a data from daily diaries, 29 percent used a lubricant occasionally, and 14 percent used a lubricant frequently. They found that the women who frequently used vaginal lubricants were just as likely to get pregnant as those who never used lubricants. The study was published in the journal Obstetrics and Gynecology.

“The study evaluated women who used or did not use vaginal lubricants during their “fertile period” for up to six months,” Dr. Roseff says. “A six month evaluation effectively examines only a small amount of women over a relatively short period of time. Extending the research to a 12 month time frame may have shown different results, as infertility is typically defined as the inability to achieve a successful pregnancy after 12 months of unprotected intercourse. Another pitfall was the actual timing of lubricant use — some women used lubricants during a ‘fertile window’ but not at the actual time of ovulation. The authors concluded that ‘lubricants do not harm fertility,’ but they did not conclude that lubricants have NO effect on fertility — they may lower one’s fertility.”

The UNC researchers say further research is needed to confirm the findings.

In the meantime, fertility experts recommend that while trying to conceive, couples should do whatever they can to optimize sperm function and fertility. “There are only a few ‘sperm-friendly’ sexual lubricants on the market, the most studied of which is Pre-Seed,” Dr. Roseff says. “Indeed, the authors of the study discussed herein classified Pre-Seed users as ‘non-users’ due to its well-established sperm safety profile. In my clinical practice, this is the only vaginal lubricant I recommend for my patients who are trying to conceive naturally.”