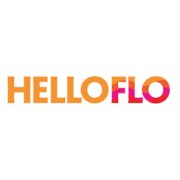 No one should be maligned for wanting to plan their family.

“I guess it was just bad luck,” K told me. Neither she or her husband had any underlying health problems that could explain the 3 miscarriages she had between the birth of her first and second child.

R had a difficult time conceiving her first child until she learned she had an autoimmune condition, and when that was treated, she got pregnant quickly. When she and her husband began to try for a second child, though, things once again proved challenging, and she and her doctor were stymied as to why. “Maybe bad luck? Maybe unviable mutations? Maybe the random x-rays and medical procedures that my husband had during the period we were trying to conceive? Maybe a very extreme birth injury that I sustained during labor with my first? Who knows. We were starting to ask these questions when we got pregnant again.”

There’s a name for this – having a hard time conceiving after you’ve already had a child. It’s called secondary infertility (SI). If you’re under 35 and you’ve been trying to get pregnant for more than a year, with a regular menstrual cycle and no health issues, or if you’re over 35 and you’ve been trying for 6 months, infertility experts will likely diagnose you with SI.

Conditions like endometriosis, fibroids, fallopian tube disease, and factors like scarring from a previous pregnancy, and age (even if you’re 5 years older than you were when you got pregnant the first time) can contribute to SI. Of course, there is the possibility that it has nothing to do with having a vagina at all, and it’s an issue of sperm quality.

After K’s third miscarriage, she decided to seek out more options. “I basically said to my OB/GYN that I wanted her to give me the name of a specialist.” Her son was conceived after she began taking fertility drugs and she was injected with her husband’s semen during peak ovulation. While secondary infertility doesn’t necessarily require treatment to resolve itself (depending on why it’s occurring – in some cases, it might be a matter of a change in diet, but you should investigate what’s going on with your doctor), K’s timeline was a factor in pursuing successful conception. She was in her late 30s, and her husband, who had two older children from a previous marriage, would only try for a year to have a second with her.

Dr. Mark Trolice is a is reproductive endocrinology and infertility specialist at Fertility CARE – The IVF Center and Associate Professor of Ob/Gyn at the UCF College of Medicine. He cautions those who are wondering what’s up with their second time around conception efforts that they might be dismissed at first. “‘Don’t worry, it will happen just like last time,’ are words often expressed by many physicians — much to the impatience of the person experiencing secondary infertility.”

Because SI, by definition, is about having another child, instead of a first one, it’s regularly dismissed and people seeking treatment for it often struggle to find emotional support. Dusty Williams is a mental health counselor who works with people dealing with infertility. She has also experienced SI. “Women experiencing secondary infertility often feel deprived of the right to grieve. Their desire for more children and deep sadness over not having the family they envisioned is disenfranchised by society and often judged as being ungrateful. If a women does gather the courage to share her pain, she is almost always met with some version of, ‘At least you were able to have one child.’ This invalidation often triggers feelings of guilt and social isolation.”

There is a unique pain in secondary infertility, explained Williams, particularly when your child lets you know that they want a sibling. “Seeing your child wrestle with their disappointment and loss has a way of magnifying your own, especially if you feel responsible for their pain.”

“I feel guilty that (fingers crossed) we will have another one given how many people I know who haven’t been able to have one,” said R. She did a lot of thinking about whether or not she would be happy with one child, especially since she had always wanted four kids, and like K, she had a deadline to contend with. She and her husband did not want to be almost 40 and almost 50 by the time their second child was born. “I really wanted to give her a sibling,” she said. “Not that we’re having a baby for her, but that was a consideration when we decided to keep trying.”

Dr. Jenna McCarthy, of Florida’s IVFMD,  wants those coping with SI to know they aren’t alone. “Over 1 million couples struggle with secondary infertility, and any time a couple has trouble getting pregnant (whether they have no children or many children) it’s devastating. Secondary infertility is generally very treatable, so I would encourage them to get evaluated as soon as they realize there is a problem.”

The Truth About Surrogacy

6 Sex Positions That Can Make It Easier to Get Pregnant, According to Ob-Gy...